I am often seeking books that help me understand the human condition, and how our society either helps or hurts it. Because I tend to doze off while reading, I am a fan of audio books, which I listen to while doing my chores, hiking, or gardening. Recently I have “read” these books in audio format, though they are available in print.

Rising out of Hatred: the Awakening of a Former White Nationalist by Eli Saslow 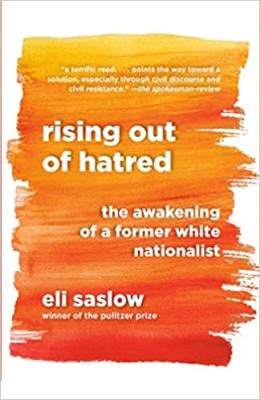 This is the nonfiction biography of the transformation of Derek Black from his far-right stance to his public renunciation of those same beliefs. Derek is the son of Don Black founder of the Storefront online community, and godson of David Duke, former KKK Grand Wizard. This book helped me gain insight into how and why someone can become a White Nationalist, and what could cause a person to reject the beliefs and ideas associated with White Nationalism and White Supremacy.

The book is available at the Bandon Library.

Derek Black currently goes by Roland Derek Black, or R. Derek Black, and has been interviewed by NPR, The Washington Post and others. 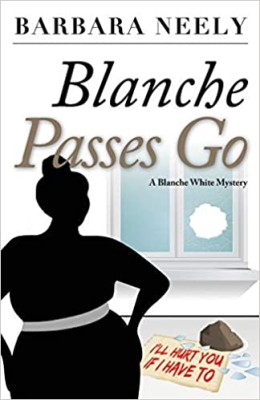 Writer Barbara Neely, who died in 2020, was a social activist and in her 50’s became a novelist who used her life experiences to demonstrate social injustices in American life.

Neely’s writings take the form of four separate mysteries in which the protagonist, Blanche White, a black maid, solves homicides while navigating wealthy white society. These are lively stories that clearly illustrate the bigoted behavior of biased characters while Blanche very competently goes about doing her work. Whether housekeeping or catering, Blanche responds firmly and with dignity to correct the injustice she faces daily.

Blanche on the Lam

Blanche Among the Talented Tenth