Your vote needs to trump the Koch brothers’ $$ 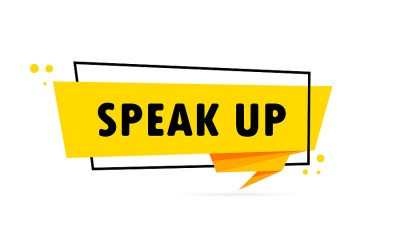 Now is the time for you to start talking politics.  Your voice and the voices of all who support racial, social and economic justice are threatened by a tidal wave of money from outside sources.  For years progressives’ concern for inclusiveness and awareness of others’ needs have been disparaged when their opponents used the terms “political correctness” and “wokeness” as a mockery of an ideal of inclusiveness and justice.  For even longer the conventional “wisdom” was to avoid discussion of politics in “polite” society.

Progressives need to take back the narrative using the peacemaking tools that we have.  Approach others with wonder.  Engage them with the purpose of understanding who they are.  Ask questions.  Do not judge.  Do not shame.  Just listen.  Find common ground.

Keep learning by being open to other perspectives and encourage others to do so by your example.  Share how some new information provided a new perspective for you, helped you understand better, and led you to become part of a solution, instead of continuing a problem.

Celebrate our nation and its diversity.  Our history has been one of endeavoring continually to create a “more perfect union.”  We (what has been the dominant culture) are so much better because we accepted the other.  First, in the late 1700s it was the French who were seen as a threat to our wellbeing as a nation, then the Irish, the Germans, the Jews, the Chinese, the Eastern Europeans, the Southern Europeans, Latinos …..  And it has been only relatively recently that the Native Americans have been recovering from being seen as the first threat to the invading Europeans.  We citizens of the United States of Amnesia forget the lessons we have learned in the past.  In recent years the “threat” has been seen as from Middle Eastern immigrants, and the continuing, and oh so patient, demand from our African-American brothers and sisters for equality of opportunity after 400 years.

Do not allow the regressive forces powered by the dollars of the likes of the Koch brothers win.  Do not allow the intimidation of voices of progress that seek to continue to create a more perfect union.

Keep loving, keep learning, keep voting, and get out there and encourage others to do the same.

In the words of President John F. Kennedy (a third-generation Irish immigrant), “Every American who has ever lived, with the exception of one group, was either an immigrant himself or a descendant of an immigrant.”