IN CONVERSATION ABOUT BIG’S FUTURE 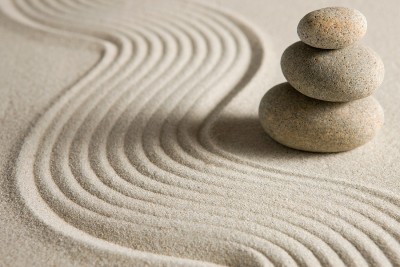 Smiles and waves, instead of the infamous “middle” finger; also a noticeable lessening in the hostile tone from certain drivers. That was the observation by BIG’s demonstrators, after over a year of displaying social justice signs at the intersection of the 101 and 42S.  And it was that observation which led to the conception of meditation sessions as the next step for BIG (Bandon Inclusivity Group).  We see meditation as one more way to contribute to an inclusive, positive community spirit.  Those meditation sessions began in January online, due to limitations imposed by Covid and winter weather.

Pleased with the success of the meditation experience among the participants, BIG is looking forward to moving the sessions outdoors as soon as weather permits. We want to be visible in a way that provides an open invitation to the entire community to join us.  As we look forward to and prepare for that step, it will be helpful to hear from others who have attempted similar community experiences and consider what we might adapt to our situation.

Recently I read an article highlighting the work of Imam Jamal Rahman, a cofounder and Muslim Sufi imam at Interfaith Community Sanctuary in Seattle.  In terms of programming, he has found that silence, music, and food transcend boundaries.  BIG is already on its way to developing the practice of silence.  I am wondering what possibilities we have in our group for live music that would promote community.  One thought is classical world music via cello or violin or guitar-accompanied sing-alongs of U.S. standards like Hallelujah, I Am a Seeker, other ideas?  Food sounds too ambitious to me, but could be a possible, distant goal if I am just too much of a stick-in-the-mud.

The participants at Interfaith Community Sanctuary are diverse, but like Imam Rahman, even though they may see themselves as”… rooted in one tradition, [they] are open to the beauty and wisdom of other traditions.”  Rahman reports that “…atheists and agnostics who participate…want to increase their capacity for being more compassionate, more loving, more forgiving.”

The Seattle group meets weekly.  One week they may have a guest speaker as a way to learn about a certain tradition:  Druid, Wican, Buddhist, conservative Christian, Trump supporter….  Another week they might ponder together a short, succinct scriptural saying from a certain world tradition – a verse that is not particular to that tradition, but one that is universal.

Listen, respect, connect (share stories) might be seen as their motto and providing authentic service, transcending boundaries, and transforming ego their goals. I am excited to learn from other communities seeking not a return to “normal”, but who work together to actually fulfill the often broken promise of leaving a better world for our children.

You can find out more about our BIG meditation groups and how to join us HERE.