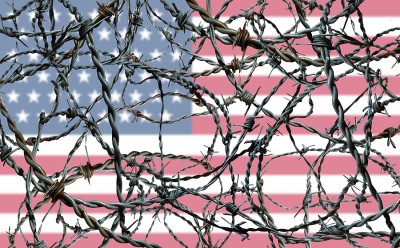 Then there were more recent stories of armed gangs making life a tragedy for most Haitians, stealing that aid that was sent after the 2021 earthquake.

But, also why the extreme measures by the U.S. Border Patrol?

I knew a little about Haiti.  I was aware of the history of French colonialism in Haiti.  I knew Haiti was hailed for its history-making, successful fight for independence 1791-1804, the first successful bid for independence by former slaves in the Americas.  A success that was not welcomed by the White slaveowners in the United States.  These newly liberated were not celebrated, but feared and punished.

For example, the French forced the Haitians to pay reparations for lost property (slaves and land) starting in the 1820s and lasting into the twentieth century.  The United States assisted the French in collecting this debt and also severely limited Haiti’s trade opportunities.

Consequently, Haitians have struggled and mostly failed for 200 years to make investments in their own infrastructure and people, such as through education.

I wanted to know more.  I saw a recommendation of the book by Beverly Bell, Fault Lines:  Views across Haiti’s Divide.  Through personal contact with the people of Haiti, the author celebrated their resilience throughout much exploitation and many disasters.

What was most interesting to me, however, was how aid money has been diverted to the U.S. military to control Haitian “rioters” and to subsidize U.S. corporations in providing products, such as rice, to Haiti, when Bell suggests it would be better to have the Haitian grow their own rice and sell it to their own people.  Also, how Haitians were forced to use Monsanto seeds instead of their own seeds, which are better in the long run, in that they can be reused and not require yearly purchase from Monsanto.

Is the U.S. treatment of Haitian immigrants in recent years a continuation of the racist response after Black Haitians won their independence?

Recently a commentator in our local The World newspaper noted the “problem” of immigration and the tragic movement of peoples all over the world.  The writer regrettably stoked unhelpful emotions by concluding: “Conquest by immigration is a fear in many places.”

Colonial policies, related racism and corruption, unjust trade policies, and corporate misuse of the land have made many parts of the world unlivable.  People are forced to leave the beloved land of their birth.  We have needed comprehensive immigration reform in the United States for decades. We need to demand that Congress implement this reform and that it not be tainted with racism rooted in the past.